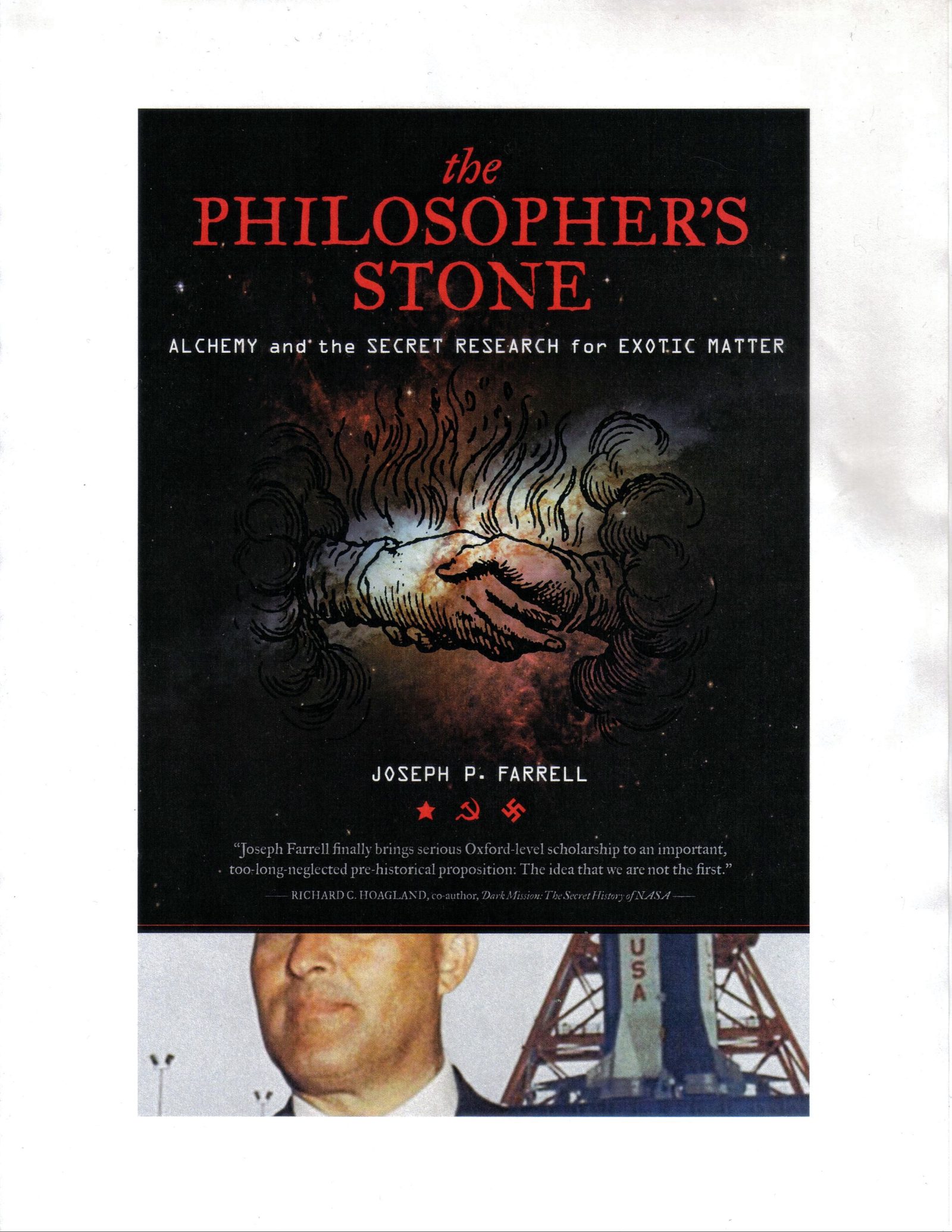 Hi everyone. I just received the following image of the cover art from Adam Parfrey at Feral House Publisher, who will be publishing The Philosopher's Stone. I think it's a great cover, and I suspect Feral House is accepting pre-publication orders, so we're looking for the book to be out in early spring. Hope you all like the cover. Richard Hoagland was kind enough to write a very nice cover blurb for the book, so thank you Richard!