ROSWELL AND THE REICH AND OTHER BUSINESS 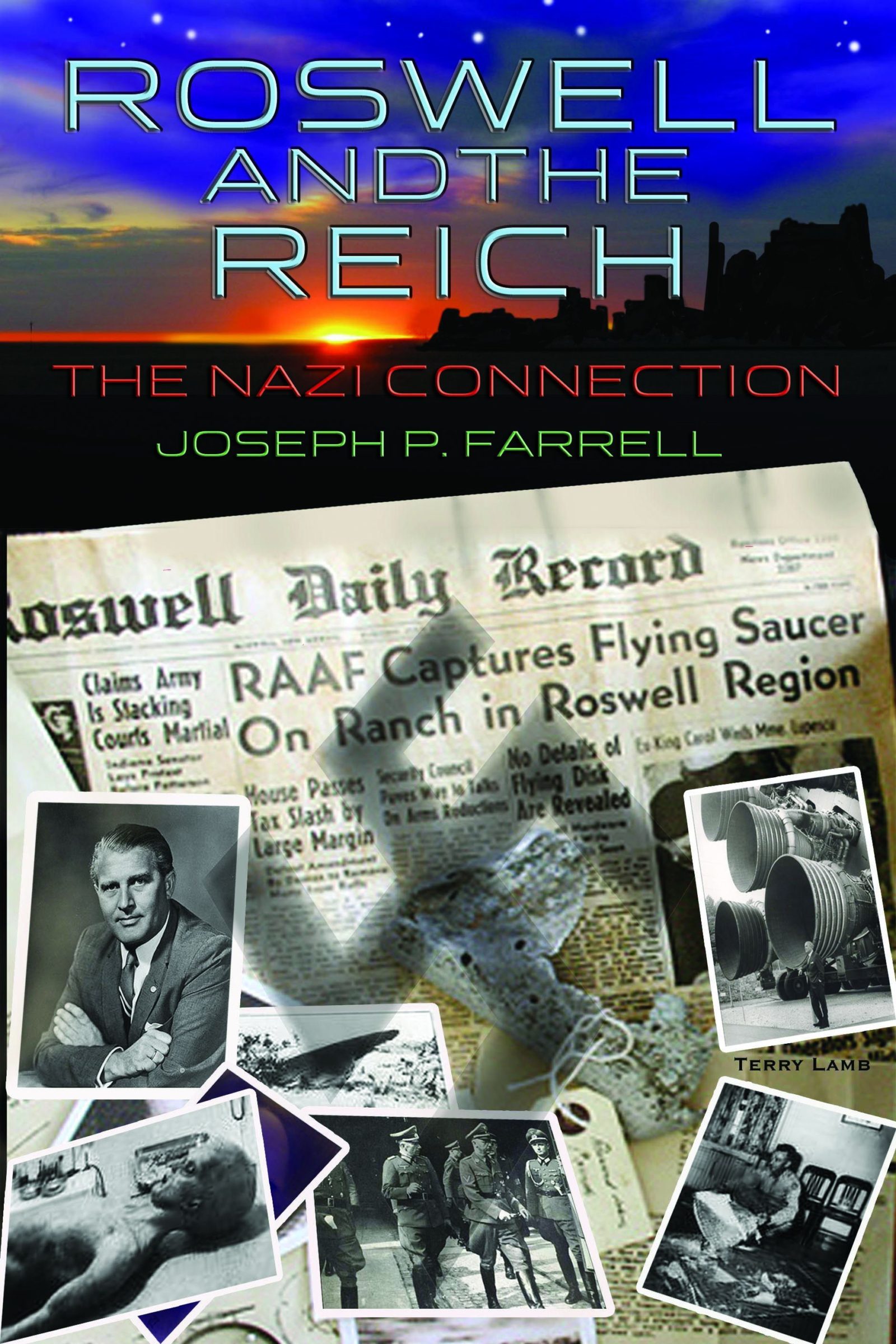 Sorry I haven't been here in a while but I was finishing up a new book which is now at the publisher (Adventures Unlimited Press) and due out in a couple of months. But before I get to that there is some other business to take care of. First, I've had several comments and inquiries and emails, and in some cases people ask why I don't respond...it's very simple: I don't have enough time to respond to each and every one. Second: I'd like to thank those who have continued to help me with donations....one of my publishers is now in arrears (seriously so) with an advance (in this case, a matter of months) and I am seriously considering having the other publisher handle all my business, or finding a new one. But anyway, in this context, the help has helped!  Thirdly, a plea: there are some of you issuing me "challenges" in the comments, so I ask you to bear one thing in mind.....debate and commentary does not pay my bills...BOOKS do, which is why I devote much more time to that that to engaging in internet drama.  I research, read, and write almost non-stop, so please bear that in mind.  I have increasingly less time to respond to emails, comments, challenges and so on, though I would like to do so.  Finally, I'd be very grateful for some conferences and speaking engagements....if you know or have a favorite conference or would like to hear me speak, suggest me to the conference organizers as a guest speaker.

Ok...  that's the old business, so down to the matter at hand. The second new book Roswell and The Reich is now at the publisher, Adventures Unlimited Press, and should be out February-March of next year. The book is available at amazon.com for pre-order but here's my advice: order it from Adventures Unlimited Press directly, as they will get the book from the printer long before it makes its way through the distributors to the stores and to amazon.  Their number during normal business hours is 1-800-718-4514...so call them and place an order and they'll place it on backorder and ship it when it comes it....Who knows? Lots of orders might it printed sooner.

Just a little about the book (and oh yes, one sidebar here: someone wrote in the comments section asking whether I was working on any new book, and if so, what it was about? Simple answer: [1] I am always working on a new book...I usually have the series plotted out two to three books in advance of what's actually published or in press; and [2] I never tell what I'm up to, what a new book is about, except in very vague terms....I only start getting specific when it's in the publisher's hands and even then, still keep my cards close to my chest until it's actually available to people)....anyway, back to Roswell and The Reich: this book is written much differently than my others. In the first two parts of the book, I review the salient Roswell researchers - both ET believer and skeptic alike - and draw the preliminary conclusions. In part three of the book, I actually put forward the case for the Nazi scenario (and that case will blow your mind, believe me!). This book is NOT a repeat of the suggestions I have made in earlier books about Roswell (i.e., Reich of the Black Sun and The SS Brotherhood of the Bell), but is a presentation of much different evidence, namely, that uncovered by the main Roswell believers and sekptics themselves!  What I have done is to flesh out - I hope fully, completely, and persuasively - the Roswell-Nazi scenario I have alluded to in those books and in some of my talk show interviews. Anyway, because this book had to be both a review of others' research and an arguued case for my interpretation, this book is the longest one I've written to date (and I could have gone much longer but my publisher said keep it short), so it comes in at 520pp (amazon's page count is WILDLY inaccurate)!

If nothing else, I can all but guarantee that this book will leave you thinking, and with a VERY different understanding of Roswell and the motivations for the ongoing cover-up... SO....that said...

Business and Technical Developer of the Giza Community.