JFK: RUSSIA DID IT… HOW CONVENIENT

Some of the news stories this week were so bizarre that I scarcely knew what to blog about, and it is likely that some of this week's shared articles will show up in blogs next week, because they are too important to ignore; they portend patterns that seem to have a long term agenda of some sort, and that is true of this story which was passed along to me by a great many people. Thanks to all of you who did so.

Now, I must state up front that I've not read this latest book on the assassination of President Kennedy, so my high octane speculation today should be viewed accordingly, and taken with the requisite bag of salt. Nonetheless, the article seems to outline the argument of the book adequately:

Lee Harvey Oswald was a KGB associate who was personally instructed by Soviet leader Nikita Khrushchev to assassinate President Kennedy. Sometime shortly thereafter, the Soviets changed their minds, and Oswald was told to drop the plan. But Oswald, harboring a blinding love for all things USSR, refused.

A new book by two former intelligence chiefs — one from the west, one from the east — tosses this tale on the voluminous pile of JFK assassination theories.

“Operation Dragon: Inside The Kremlin’s Secret War on America,” (Encounter Books), was written by Ambassador R. James Woolsey, who ran the CIA from 1993-1995 (and who, ironically, resigned abruptly during the scandal over Aldrich Ames, a CIA officer turned Russian double agent), and Lt. Gen. Ion Mihai Pacepa, a former acting chief of Communist Romania’s espionage service and the “highest-ranking intelligence official from an enemy country ever granted political asylum in the United States” (Pacepa died of COVID earlier this month).

The authors claim that all the evidence needed to make their case is contained in the 26-volume Warren Commission Report, but that so much of it is “codified” that no one understood its significance until now.

“Decoded, these pieces of evidence prove that John F. Kennedy’s assassin, Lee Harvey Oswald, had a clandestine meeting in Mexico City with his Soviet case officer, ‘comrade Kostin,’ ” the authors write, “who … belongs to the KGB’s Thirteenth Department for assassinations abroad.”

Needless to say, while the Warren Report remains suspect to most JFK assassination researchers - myself included - the Warren Commission's 26 volumes still contain most of the evidence concerning the assassination. One of those is the now famous photograph of "Oswald" taken by the CIA outside the Soviet embassy in Mexico City, a photograph that looks nothing like Lee Harvey Oswald: 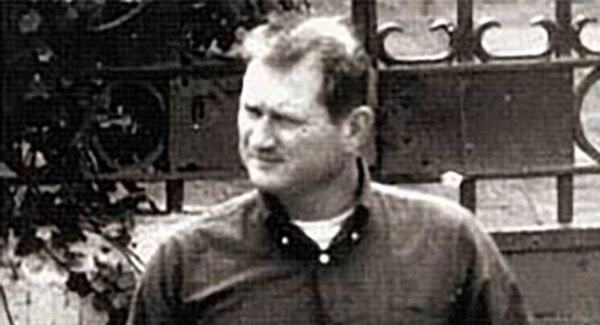 In short, the problem here has always been the amount of "Oswalds" floating around in the story. By most counts, there were at least two, and possibly as many as three or four. Could the KGB or GRU use doubles? Sure. So could anyone else, including the other intelligence agencies implicated in the plot, the CIA, and the West German BND. It's the mention of those last two that, to my mind, indicates the primary problem this new theory has (again, bearing in mind I have not read the book), namely, that assuming "Russia did it" leaves too much to be explained: the clear presence of Mafia connections, the clear presence of anti-Castro Cuban connections, the clear presence of the Big Texas Oilmen in the mix along with their connections to the German BND, or "Gehlenorg" as it was also known at the time, the clear motivations that many had for involvement in the plot: LBJ's looming political scandals and their career-ending nature, the central banksters, and so on. What has to be explained, in other words, is why the KGB and/or GRU would be involved in a plot with such elements. Everything I've read about the KGB's modus operandi would seem to indicate it would have kept its risk of exposure to a bare minimum, rather than be involved in a widespread plot, one moreover which would have been taken as a clear act of war should its involvement ever be exposed.

In short, the voluminous research of other researchers into the JFK assassination have convinced most of them that the plot was largely a domestic affair, hatched and executed in and by various factions of the American deep state. Neither the KGB nor GRU nor any other Soviet intelligence agency would have had the wherewithal to strip President Kennedy of his security that morning, nor the wherewithal to lead the subsequent cover-up nor to engineer the deaths of vast numbers of crucial and key witnesses that followed in the decade or so following his murder. Again, for these reasons, and allowing for the fact that I have not read this book, I am highly skeptical of this theory.

But the real question is, why this would be promoted now? One answer - my high octane speculation of the day - is that "Russia did it" fits the contemporary narrative of "Russia bad, America good." If that be the case, then this may signal something far more sinister: an attempt to create a new official narrative about the past in order to serve the agendas of the present, including - again I speculate - a raft of "official documents" that will "prove" the case. Remember: in most systems of law in the west, there is no statute of limitations on murder, and as such, such a theory, if it gained traction, could easily be used by its promoters as a causes belli, even at this distance from the event. Granted, it is unlikely to be able to function as a causus belli on its own, but used in conjunction with other efforts to demonize Russia that we've seen in past years, the danger is real in my opinion. It seems as of this writing to be nothing but another attempt to engineer public opinion in the west...

... and in my opinion, a very lame one at that.  It's another reminder of the fact that we are in a war, a war against us, truth, and civilization itself, and that the enemy within will stop at nothing.  There was a coup d'etat in 1963 in Dallas. And we're not only still living with the consequences of that event, but beneath the rule of the insane deep state that committed it.

Posted in Call it Conspiracy