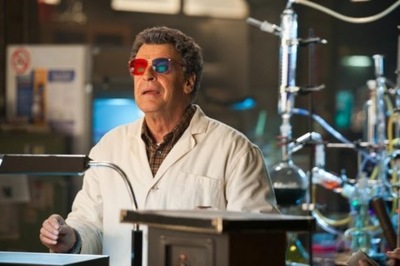 "You wouldn't believe some of the things those Pinkos were up to!"

The article that is the subject of today's blog comes courtesy of M.H., who spotted it and passed it along. Many thanks for doing so, because this is a topic that has long been of great interest to me. But before we get to that, we need to take care of some preliminaries.

What are the Soviet "domes of light," and when were they first reported?  In essence, the Soviet light domes are exactly what the name says they are: luminous domes of light that were observed to appear in the night skies over the Soviet Union during the cold war era. They would appear, in some cases, as a small opaque ball of light, then expanded to several times their original size and covering hundreds of miles, becoming then translucent and finally transparent as they expanded. They appeared to be energetic in nature, but to this day no one knows exactly what they were, nor what the Soviets were doing with them.

As to who first reported them, well, that's part of my personal interest in the story. I first became aware of the "Soviet light domes" when I ran across a publication of Lt. Col. Tom Bearden (US Army, Ret.), decades ago (in the 1980s, in fact) in a local bookstore when I was in graduate school. The publication was a book about Soviet "scalar" weapons, and on the spiral-bound 8 1/2 x 11" cover was a drawing of an airplane, and in the mountainous distance, a drawing of a "light dome." The little booklet looked interesting, so I purchased it, brought it home, put on some tea, and sat down to read. I was, needless to say (and not meaning to coin a pun) shocked. My honest impression at the time was either that there was something mightily amiss with the US Army's water supply and that perhaps the good lieutenant colonel may have published his book under the influence (unbeknownst to him) of some diabolical CIA-military mind control plot, or that he was quite serious, meant every word he had written, and may be on to something quite significant in terms of electro-dynamics.  There's wasn't much middle ground.

The other problem was that, besides Colonel Bearden, no one else, anywhere, appeared to be saying anything remotely similar, and certainly no one was talking very much about "Soviet Light Domes," especially in the highly charged (no pun intended) of Reagan era Cold War geopolitics and "Star Wars" hysteria.

Now, with all that in mind, consider M.H.'s find:

According to the article, recently declassified documents suggest that the US Air Force suspected these light domes were counter-measures to foil US satellite launch detection systems, since the light domes often (but not always) accompanied Soviet intermediate range ballistic missile launches (we'll get back to that "often but not always" part):

Last year, The War Zone published a piece exploring a bizarre, unexplained, superweapon-like phenomenon referred to as the "Dome of Light" associated with launches of the Soviet Union's RSD-10 Pioneer intermediate-range ballistic missile, also known as the SS-20 Saber, in the 1980s. Now, we have obtained previously classified intelligence documents that show U.S. intelligence analysts were equally perplexed by these rapidly expanding walls of light, which could have been intended as a countermeasure against early warning satellites and missile defense systems. They look to have been concerned about it becoming a feature of other Soviet ballistic missile launches, as well.

The phenomenon is described in some redacted portions of these documents in the following manner:

A heavily redacted section of one 1986 report describes the basics of the phenomenon as follows:

"Although reports differ, most observers describe the phenomenon as a small white sphere on the horizon that expands uniformly outward and upward while maintaining its dome-like shape. It is initially opaque, but as it expands it becomes transparent, and the stars can be seen through the center of the dome. As it begins to fade, the outer boundary remains brighter forming a rainbow-shaped arc. At full extent it has been reported as being tremendously large, filling more than half of the sky. Approximate calculations [redacted] indicate is is on the order of 1,900 km [approximately 1,180.6 miles] wide, with its center 1,000 km [approximately 621 miles] high. Most Domes of Light are visible for around 20 minutes but events lasting up to 100 minutes have been reported. In almost all cases the Domes of Light have been seen while observers were in darkness or twilight [redacted]"

As noted, the phenomenon often accompanied test launches of Soviet intermediate range ballistic missiles, but the conclusions the declassified (but still heavily redacted) report comes to is... "well, we simply don't know what those danged Rooskies were up to...":

While FTD saw a clear link between the RSD-10/SS-20 and the Dome of Light, its analysts, scientists, and engineers struggled to define exactly how the two were related. Every recorded instance of a Dome of Light at the time the 1986 report was written had been associated in some way with an RSD-10/SS-20 launch, but not all launches of this missile featured the phenomenon. On top of that, in some cases, the light show appeared before there was a launch, while other sightings were reported to have occurred after the missile blasted off.

"To date. no satisfactory explanation exists that does not conflict with some portion of the reported observations," the 1986 FTD report states bluntly. "Speculations range from a naturally occurring phenomenon as a result of venting unused rocket fuel to the release of ion clouds to simulate a post-nuclear attack environment for the purpose of communication experiments."

"Observations of the dispersion can then be used to calculate physical properties of the upper atmosphere such as density, temperature, and particle flow rates," the unredacted portions of the report continue, offering additional details about the ion cloud theory. "These experiments differ from the reported Domes of Light observations in several respects, most importantly in appearance, size, and observed duration. The domes do not appear to contain charged particles since there is no striation or tendency for the particles to follow the magnetic field lines as in ion release experiments. Additionally, the domes are much larger and are visible for a longer period of time than any known ionization experiment."

And then we come to this:

"Unfortunately there is no discussion of any possible purpose for the [1974] experiment," FTD said of Slekenichs' paper. It's also interesting to note that there were reported sightings in Afghanistan of Dome of Light-like phenomena, emanating from what was then the neighboring Soviet Union, as early as 1976.

It was this very Afghanistan sighting in 1976 that formed the initial kernel for Bearden's publication that I had stumbled across in graduate school. So here, now, decades later, is a little confirmation of that publication.

So what were the "domes of light"? To this day, we do not know.

But for those of you who, like me, have followed with great interest the various writings and speculations of Lt. Col. Bearden, it is intriguing to note how this article ends:

When we at The War Zone initially wrote about this last year, we raised the possibility that, if the concept was indeed a countermeasure against ballistic missile defense systems and was at all viable, that the Russians might be interested in revisiting it in light of new early warning and other missile defense efforts that the United States is pursuing now. The Kremlin has certainly shown a proclivity for exploring other "superweapon"-esque concepts in recent years. (Boldface emphasis added)

The only comforting thing here is that the links to Russia's "superweapons" that end the article, are links to exotic developments of more or less "conventional" technologies: nuclear power cruise missiles, torpedoes, super-submarines, and so on. We're still a long way off from the types of weapons development and speculations that Bearden has been advancing in his publications.

And that, really, is the point, because it would appear that, in the absence of any explanation of what the Soviets may have been up to with their "light domes,"  it wasn't conventional. And Bearden certainly wasn't thinking conventionally...