Bank of International Settlements chief Augustin Carstens, the man with more chins than China, has been fearlessly advocating - in between sessions of rotundity - for a cashless society and a system of central bank digital currencies.

Now I do not need to rehearse for this website's readership why I think this whole cashless scheme to be a lousy idea that only globalooney banksters could love. If you think the cancel culture of Paypal and JP Morgan Chase is over the top, wait until they succeed (which, incidentally, I don't think they will) in getting rid of cash altogether.  If they can fine you or close your account now for no good reason, and demand you turn over your lists of donors, associates, friends &c and then they might do business with you, wait until they tell you to "think and say such and such, or lose your ability to buy food."  Catherine Austin Fitts has been warning that the whole goal is a "beast system," with the so-called digital "currency" being nothing less than a corporate coupon. a reminder to "behave, or else."

Fortunately, the recent behavior of big banksterdom and electronic-payments-dom has recently been so over the top tyrannical that they might have set that agenda back quite a few years: people rushed out of Paypal, sent the stock plummeting, and one can only hope a similar movement is underway from the "banks-too-big-to-function-efficiently-and-legally" into smaller, more responsible, and more accountable entities. In the meantime, prepare the tar and feathers, because Mr. Carstens has forgotten another problem with the scheme:

What happens when the system goes "down"? or is hacked? or hit with electro-magnetic pulse?  Well, one answer is, those with cash, or gold or silver, and old fashioned hand-cranked cash registers, will still be able to - horrors of central bankster horrors - buy and sell, while those with all their money invested in Carstenselectroeurocoins will be...well, broke. The "system" may end up costing more money, than providing a steady flow of blips in the profit column of the electronic - and electronically vulnerable - ledger, as just happened in (oh delicious irony of ironies) Switzerland, home of Mr. Castens' own central bank to central banks, the Bank of International Settlements:

Note that this outage occurred in a period of less than 24 hours:

The latest major example took place in Switzerland on Monday, during which one of the two largest retailers in the country (COOP) lost about 100 million CHF (about 100 million $), because their digital payment system didn’t work.

The outage lasted 24 hours (Monday morning to Tuesday morning), during which you could only pay with cash at Coop throughout Switzerland.

Over the last two years, cashless payments have skyrocketed in Switzerland. Nobody has cash anymore. Many Swiss believe cash is a hassle, is annoying, uncompact and stinks too.

Perhaps all those who advocate cashless payment will learn a lesson from this. There should be a lot more disruptions like this. Then people would learn to have some cash in their pockets again.

The state wants everything digital? Be it with ID to cashless … Pay everything with a card? No thank you.

Could crypto be the solution? Well, it may be… But every few days you hear about a major hacking attack… I think it isn’t ripe yet.

Was it a ransomware attack? COOP says no.

So why this power outage? They were probably practicing for the coming power outages that will happen in winter when we have no electricity/energy to support the electronic payment systems.

It might indeed be a “little foretaste” of what lies ahead. We are in an energy crisis and every transaction needs electricity… (Emphasis added)

Remember, they also want to digitize all of your other records too.

Do you trust these people?

They've made a first class mess of everything from farming, finance, fuel, pharma... you name it. And now they want to get rid of cash, except that doesn't work either. I'm not surprised that Switzerland would buy into the scheme. But the Swiss aren't stupid either.

I'm wondering how long it will take them to wake up, and opt out of the scheme.

In this case, the business lost money because of the outage. Maybe it can approach Mr. Carstens and ask for the BIS to simply create the same amount of electronic blips on its account as it lost in sales due to the outage. That way everyone will be happy and own nothing...

...but something tells me me Carstens won't be too enthused about that proposal.

"Monsieur, another chin if you please!" 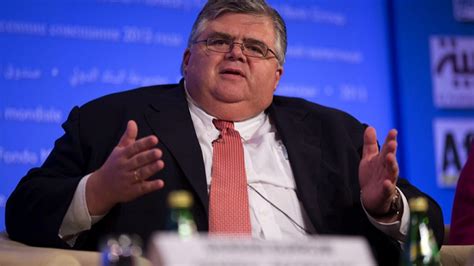 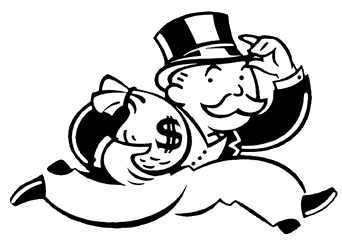